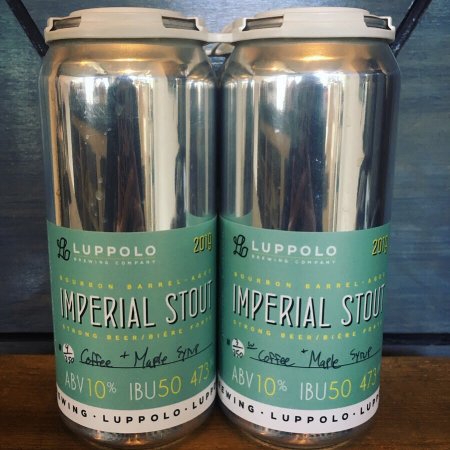 VANCOUVER, BC – Luppolo Brewing has announced a recall of several adjunct editions of a Bourbon Barrel Aged Imperial Stout that were released last month.

The four beers – flavoured with hazelnut & cocoa nibs, banana & cocoa nibs, coffee & maple syrup, and vanilla & coconut – were released on May 19th in batches of approximately 350 cans each.

The reason for the recall is described as follows:

At the time of packaging, these beers were tasting great, however, it has since developed in a way we certainly didn’t foresee and is now at a point where it simply doesn’t meet our quality standards. At some point these beers were unintentionally inoculated with a strain of Brettanomyces that thrived in the environment of higher residual sugar and developed further in the cans as these beers were can-conditioned as are all of the beers we package. We at Luppolo love to experiment with multiple strains of Brettanomyces as well as Lactobacillus and Pediococcus, although we have rigorous standards of practice to prevent cross contamination, on rare occasions we are unsuccessful. While the beer is completely safe to consume, we feel it doesn’t represent the original intention of this beer release and we have decided to recall it.

Customers are asked to bring their cans of these beers, either full or empty, back to Luppolo with a proof of purchase for a full refund.