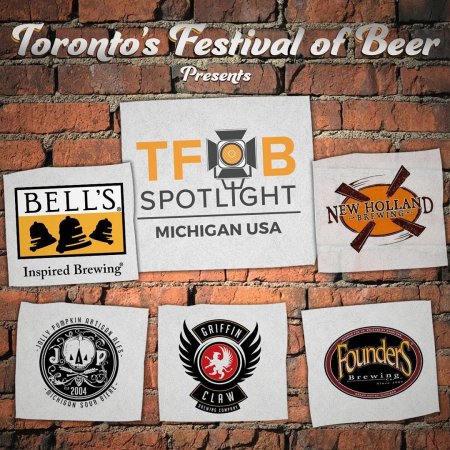 TORONTO, ON – Toronto’s Festival of Beer (TFOB) has announced details of the the second of three specially themed spotlight areas that will be featured at this year’s event.

“Michigan has become one of the top states in the USA when it comes to beer,” said Les Murray, President and owner of TFOB, in a statement. “We saw this as a great opportunity to shine some light on our neighbours, bring a few iconic brewers up to Toronto’s Festival of Beer and offer fans more opportunities to discover.”