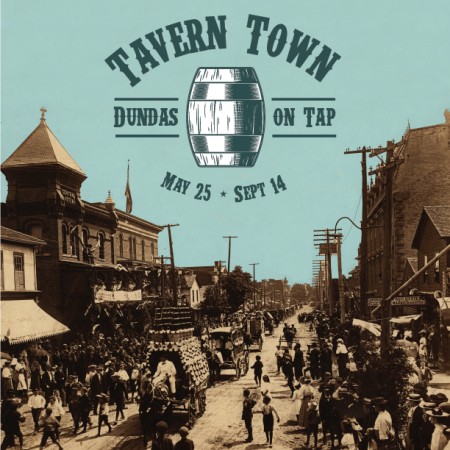 DUNDAS, ON – An exhibition on the history of the brewing and consumption of beer in Dundas, Ontario is currently running in the community’s local museum.

Tavern Town: Dundas on Tap went on display late last month at the Dundas Museum & Archives, and is described as follows:

The streets of Dundas once played host to a staggering number of famous (and infamous) drinking emporiums and groggeries. Their swinging signs and painted awnings read Riley House, Bucks Head Inn, The Red Lion, St. George and Dragon, Collins Hotel and many more. From the taverns which formed the centre of town commerce, to the bars and bashes that defined the leisure time of generations, brewing and drinking has been a driving force in the culture of Dundas since the very beginning.

The Tavern Town exhibit runs until September 14th, and a companion Tavern Town Beer Festival will be held on Saturday June 22nd from 1:00 to 5:00 PM.