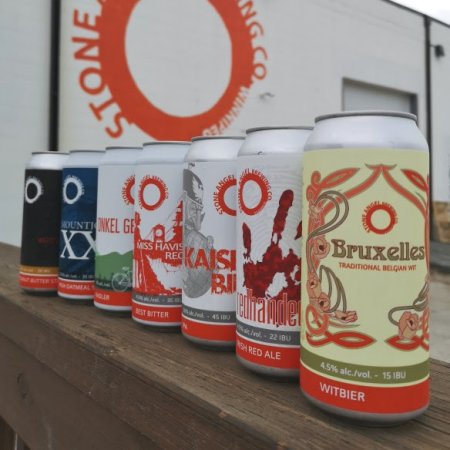 Bruxelles Traditional Belgian Wit (4.5% abv, 15 IBU) takes its name from a small Manitoba community that was founded by Belgian immigrants in 1892 – although the brewery jokingly notes that they “believe that the capital of Belgium is also called Bruxelles which is a major coincidence.”

It’s described as “a Belgian-style wheat beer with hints of coriander [that is] light and refreshing, with or without a slice of orange.”

Bruxelles is available now in cans and on draught in the Stone Angel taproom and retail store.