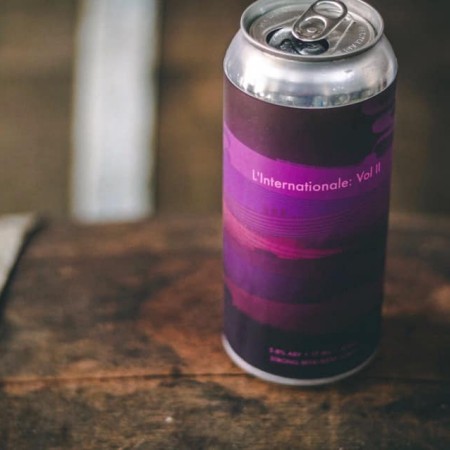 HALIFAX, NS – 2 Crows Brewing has announced details of a new limited edition beer that is part of a unique international collaboration.

L’Internationale Vol II is a Biere de Garde brewed using a recipe and some brewing techniques defined by the Saison, Bière de Garde, & Farmhouse Ale Appreciation Society. Approximately 40 breweries around the world took part in the project, following the same basic guidelines, but making their own decisions around fermentation and aging.

The 2 Crows version is described as follows:

We brewed this beer with 90% six row malted barley, and 10% PEI raw wheat (from our pals Shoreline Malting). We utilized turbid mashing techniques to create a starchy wort, and boiled for a whopping 5 hours for some good caramelization in kettle. Hopped with Saaz and Strisselspalt to the tune of 17 IBU. The fermentation and conditioning is what made this beer unique to us – we sent the wort directly to oak, where it was fermented with a host of microflora unique to that particular foedre. Brewed in early December, it spent the winter in oak before being canned in early May, allowing time to naturally carbonate and condition in can until today. Our house cultures have added a distinct tartness and funk, which play well with the rich malt backbone and deep honey vibes.

L’Internationale Vol II will be released Saturday June 15th at 12:00 noon, and will be available at 2 Crows while supplies last.