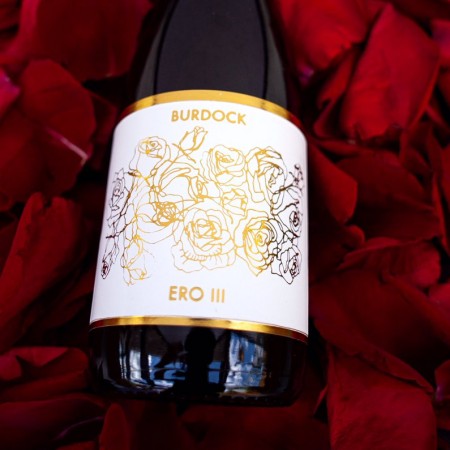 TORONTO, ON – Burdock Brewery has announced details of the latest in its ERO series of blended barrel-aged beers.

This blend of barrel-aged mixed-fermentation sour beer with Montmorency cherries (85%) and extra spicy Pinot Noir (15%) was made especially for all you natural wine freaks out there – we love you! We wanted the texture of this beer to drink a little more frizzante than spumante (if you know what I mean) so we only carbonated it up to ~ 2.3-2.4 volumes – normally we go as high as 3-3.5 volumes for our bottle conditioned beers. During the 8 months we’ve been cellaring this beer it has transmogrified into a translucent pink liquid with transfixing acidity and a juicy Montmorency sour cherry character that transcends both watermelon popsicles and frapato rosé sangria.

ERO III will be released on Saturday June 15th at 11:00 AM in a limited run of 375 ml bottles that will be available exclusively at the Burdock retail store and online shop.