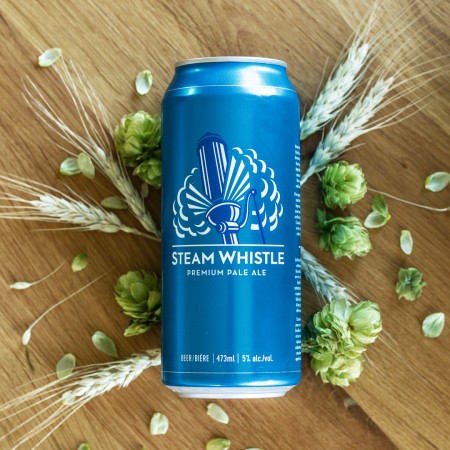 TORONTO, ON – After almost two decades of focusing on a single core brand, Steam Whistle Brewing has announced that a new beer is about to join its flagship Pilsner under the Steam Whistle banner.

The pale ale will be made according to the exacting standards of the Bavarian Purity Act of 1516, just like the pilsner. In terms of the style of the beer, our pale ale is still easy to drink and crisp, but more hop forward than our pilsner. We will remain true to our standards of brewing a pure ale with no additives, preservatives or artificial foam enhancers.

Steam Whistle Pale Ale will be released later this month, and will be available in cans at beer retailers across Canada. For more details, see the info page on the Steam Whistle Brewing website.