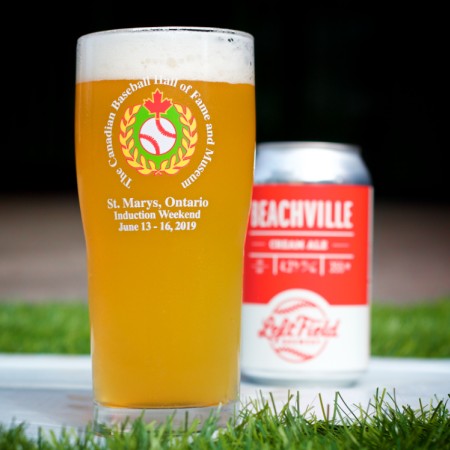 TORONTO, ON – Left Field Brewery has announced the release of a new beer in collaboration with the Canadian Baseball Hall of Fame.

Beachville Cream Ale is available now on tap and in 355 ml cans the Left Field taproom, with cans also available via the brewery’s online store. 50 cents from the sale of each can will go to support the Canadian Baseball Hall of Fame and Museum.