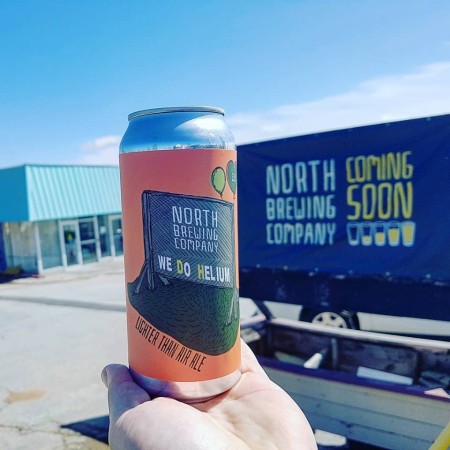 DARTMOUTH, NS – North Brewing has announced that its new location in Dartmouth originally announced late last year will be holding the first stage of its public opening this weekend.

The North Brewing Cold Beer Store will be opening tomorrow (June 15th) at 899 Portland Street, with a launch event starting at 12:00 noon that will include a neighbourhood meet and greet, a bouncy castle for the kids, and a hot dog and veggie dog BBQ by Side Hustle Snack Bar to raise finds for Cole Harbour Heritage Farm.

The day will also see the launch of We Do Helium Lighter Than Air Ale (3.5% abv), a easy drinking ale brewed with Pilsner malt, flaked corn, and lemon and lime zest, with a name inspired by an iconic sign that was displayed at 899 Portland for many years.

The North Brewing retail store will be open from 12:00 noon to 7:00 PM daily on Wednesday to Sunday, and will be joined in July by an on-site taproom. For more details, see the Facebook event listing.