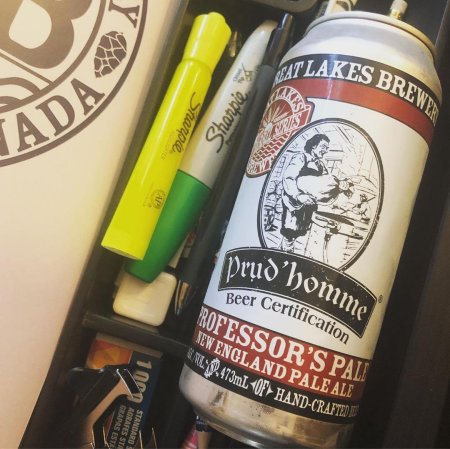 TORONTO, ON – Several Ontario breweries will be releasing new limited edition beers to commemorate the 10th anniversary of the Prud’homme Beer Certification program.

The Prud’homme learning and certification program is named after Canada’s first licensed brewer, Louis Prud’homme, and was launched in 2009 by Roger Mittag of Thirst For Knowledge to provide beer knowledge for everyone from workers in beer retail and the hospitality industry, to beer drinkers who want to learn more about beer and brewing.

To mark the first decade, seven breweries that hosted Prud’homme classes or otherwise supported the program have brewed special beers, including the following:

For release information and more details on each beer, check with the participating breweries.