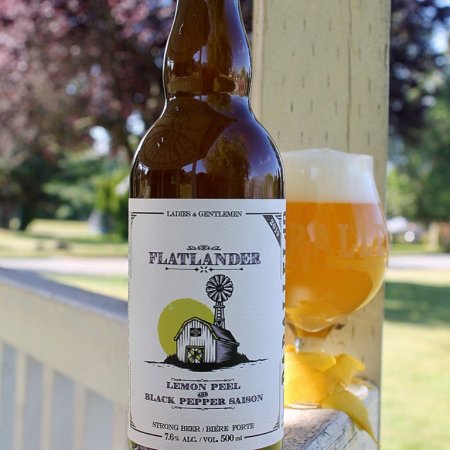 Flatlander (7.6% abv) is described as follows:

Flatlander is available now on tap and in 500 ml bottles at Parallel 49, and soon at select private liquor stores in British Columbia and Alberta.