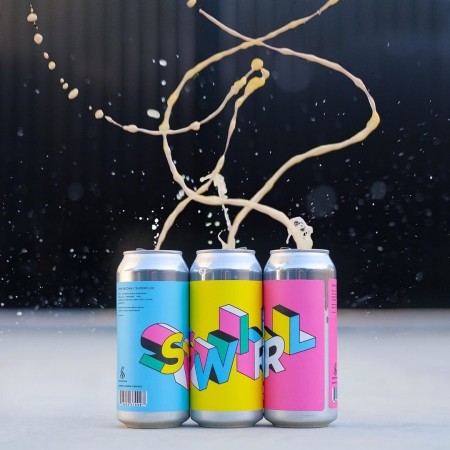 VANCOUVER, BC – Superflux Beer Co. – “an experiment in beer production” currently brewing out of Strathcona Beer Co. – has announced the release of a new collaboration with its host brewery.

Swirl is a sour base beer with passionfruit, some lactose sugar, and dry hopped with galaxy. There are three different colours of cans, but the same delicious liquid is inside each.

Swirl is available now at Strathcona, and soon at select private beer retailers in Vancouver and area.