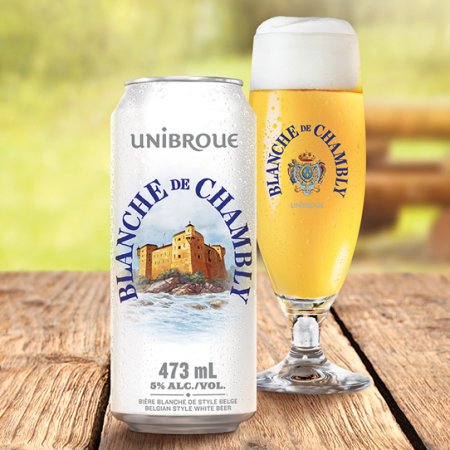 CHAMBLY, QC – Unibroue has announced that its longest-running flagship brand is now available in cans for the first time.

Blanche de Chambly (5% abv, 10 IBU) was introduced in 1992 as “the first refermented white beer brewed in the Belgian tradition to be bottled and marketed in North America.” It has been available in bottles and on draught, but never before in cans.

“We were hoping to satisfy the strong demand coming from our customers, who have wanted for years to enjoy their favourite beer from a can,” says Sylvain Bouchard, beer sommelier at Unibroue, in a statement. “Globally, the 473 ml can is becoming more and more popular, marking a strong trend within the industry. The new can size will be added to our range of available formats.”

Single cans and 4-packs of Blanche de Chambly are rolling out now in markets where the beer is available. For more details, check with local retailers.