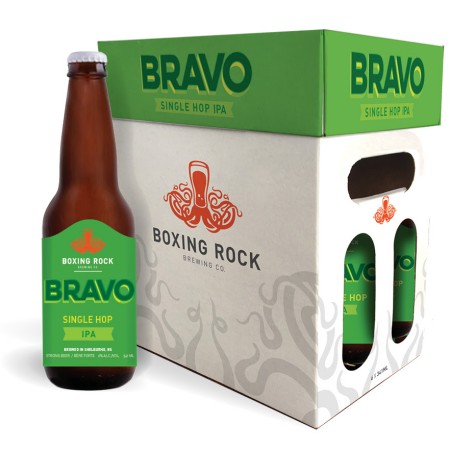 SHELBURNE, NS – Boxing Rock Brewing has announced the release of a new seasonal ale for summer.

Bravo Single Hop IPA is available now in 6-packs of 341 ml bottles at the Boxing Rock retail locations in Shelburne and Halifax, as well as select NSLC stores throughout Nova Scotia.