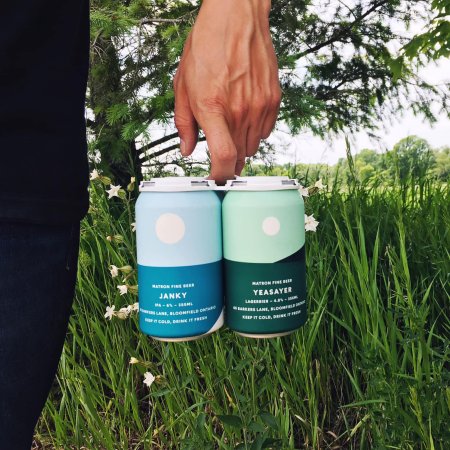 BLOOMFIELD, ON – Matron Fine Beer has announced that its taproom and retail store is now open in Ontario’s Prince Edward County.

Founded by Mallory Jones and Justin da Silva – both formerly of Stone City Ales – with partner Jes Nettleton, Matron entered the market earlier this year with contracted brewed versions of its beer while construction of its own location was being completed.

The brewery taproom currently has Matron’s two core brands – Yeasayer Lagerbier (4.8% abv) and Janky IPA (6% abv) – available by the glass (but “no flights, no growlers”), and both beers are also available in 355 ml cans to go. In terms of food service, the opening announcement notes that there is “no full kitchen, but like great chips.”

Matron Fine Beer is located at 65 Barkers Lane in Bloomfield, and will be open from 12:00 noon to 6:00 PM on Thursday to Monday. For more details, see the brewery’s Facebook page.