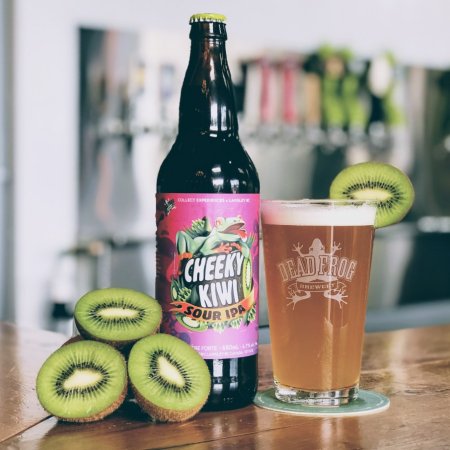 Cheeky Kiwi Sour IPA (6.7% abv, 12 IBU) is described as having “juicy hop flavours of lemon, lime, and stone fruit followed by a splash of fresh kiwi and a fruity sour finish.”

Cheeky Kiwi will be released tomorrow (June 22nd) at the brewery with a Neon 90’s party starting at 11:00 AM and running all day and evening. Customers are encouraged to “wear your brightest, your tightest and your cheekiest outfits,” and the day will also include 90’s music and $2 off all orders of wings.