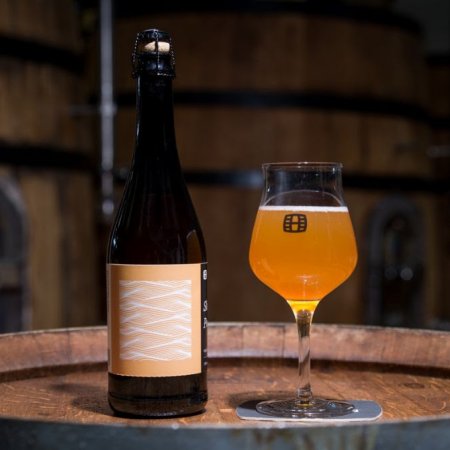 Shifting Sands: Peach (7% abv) is the second edition in the Shifting Sands fruited sour ale series to be made with peaches, and is described as follows:

Shifting Sands is an organic sour golden ale that is in essence, the canvas for each edition of this beer. Each version of Shifting Sands features a different treatment of varieties of fruit, re-fermented and aged in barrels or foeders. The idea behind this project is to play with various fruit re-fermentation in a semi-constant environment, creating each time a balanced beer that both showcases the fruit used, and respects the base sour gold. Shifting Sands: Peach pours a deep golden hue, with no foam.The aroma is quite tangy with a sweet peachy character taking the forefront. The taste is sour upfront with peach skins, light wine and funk. Finishes peachy and dry. 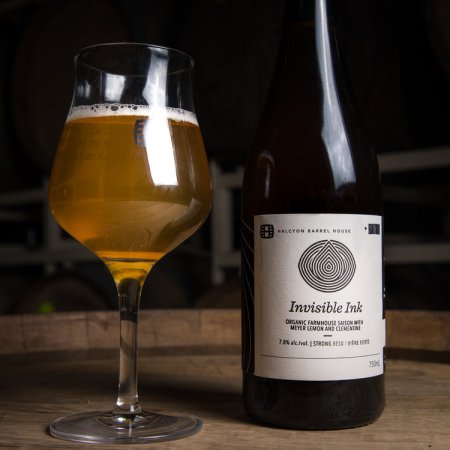 Invisible Ink (7.8% abv) is a collaboration Halcyon’s Bryce McBain and Justin da Silva of Matron Fine Beer. It has the following notes:

Invisible Ink is a year-old barrel-aged saison with brett, brewed with organic Meyer lemon and clementine for a bright, citrusy profile. It pours a hazy straw colour, with ample foam. The aroma offers notes of wine and pithy lemon. The taste leads with wine as well; layers of pithy citrus, tangy acidity and moderate bitterness complete the picture. The mouthfeel is quite full from lively carbonation and heaps of tannins, with a pleasant warming alcohol sensation. Invisible ink finishes bone dry, with lemon faintly lingering.

Both beers are available now in 750 ml corked & caged bottles at the Beau’s retail store.