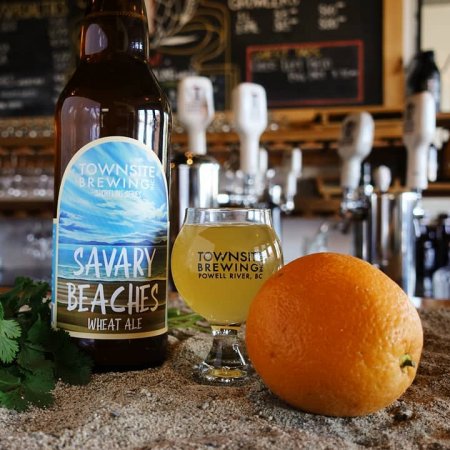 POWELL RIVER, BC – Townsite Brewing has announced the release of a new summer seasonal.

Savary Beaches (4.3% abv) is named after an island off the coast of B.C. that is known for having “white sand beaches and the warmest waters north of Mexico.” It’s described as follows:

An E-Z summer quaffer, this classic style Wit is a 50-50 blend of malted barley and wheat. Round mouthfeel, smooth body, bready notes with a zesty side. In other words, light, flavorful & utterly crushable.

Savary Beaches is available now on tap and in growlers at Townsite, with bottles to be released soon.