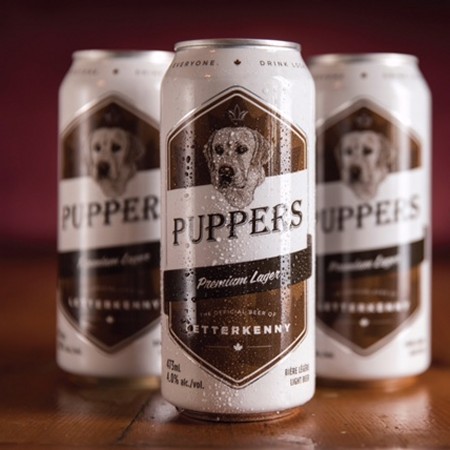 SUDBURY, ON & CALGARY, AB – Stack Brewing and award-winning comedy series Letterkenny have announced that the real world version of the beer brand featured on the show is heading to Alberta for a limited time.

Puppers Premium Lager (4% abv) – described as a “golden lager with a satisfying taste that will get along with anyone” – was originally released in Ontario for a limited run in 2017, and returned last May as a year-round listing at the LCBO.

Now being distributed outside of Ontario for the first time, Puppers will be available starting tomorrow (June 27th) at select Liquor Depots in Alberta while supplies last.