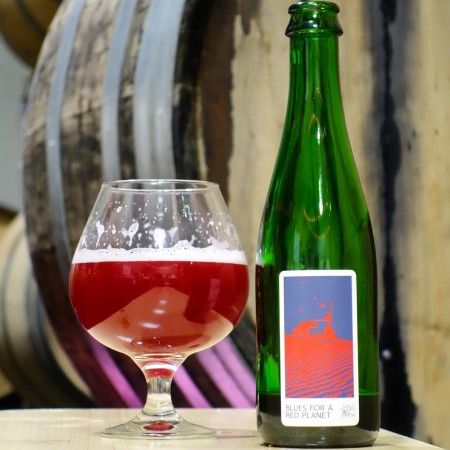 SEAFORTH, ON – Half Hours on Earth has announced the release its newest limited edition sour ale.

Blues for a Red Planet (6.5% abv) is a sour ale aged in red wine barrels with blueberries, sour cherries, and raspberries. It’s described as follows:

Simply a fruit explosion. Each fruit is distinctly vibrant and jumping out of the glass. A bit of red wine barrel character adds some warmth, texture and tannins. Bone dry, balanced acidity, and a mild funk.

Blues for a Red Planet is available now in the Half Hours on Earth brewery store and online shop while supplies last.