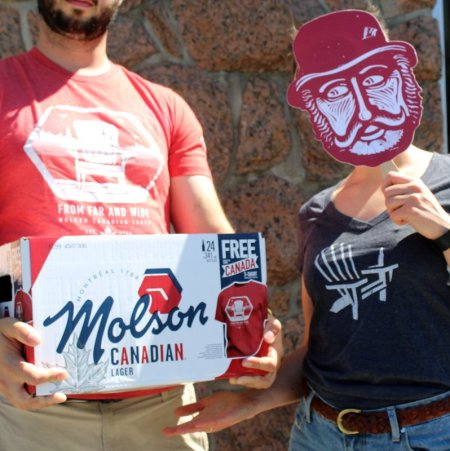 BRACEBRIDGE, ON – Muskoka Brewery has announced that it has issued a Federal Court of Canada claim against Molson Coors Canada in which it is “seeking relief for trademark infringement, depreciation of goodwill and passing off.”

The claim stems from a promotion currently being run by Molson Coors which features t-shirts with a Muskoka chair image being given away for free in cases of Molson Canadian. The image also appears on the outside of the Molson Canadian cases, and is similar in appearance to the Muskoka Brewery logo which is registered as a trademark.

“We are proud of what we have built here in Muskoka and we need to protect what is ours,” said Todd Lewin, President of Muskoka Brewery, in a statement. “Our beer triggers real memories of enjoying a local brew sitting in a Muskoka chair on the dock. We don’t want beer drinkers to be confused on what beer they are buying and that we are somehow associated with a big multinational brewery.”

No response has been issued by Molson Coors Canada at time of publication.