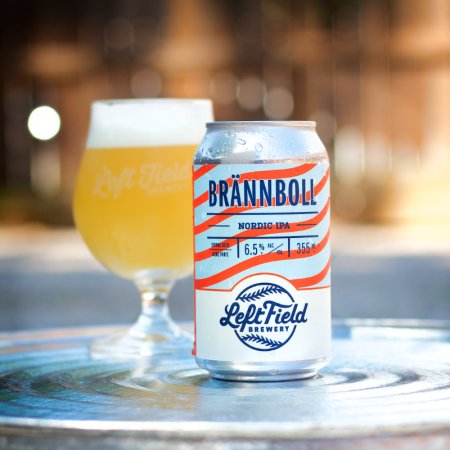 TORONTO, ON – Left Field Brewery has announced the release of a new beer brewed in collaboration with Matt Miller, the ex-pat Canadian who is now head brewer at Sweden’s Dugges Bryggeri.

Brännboll Nordic IPA (6.5% abv) is “a crisp, zesty and flavourful brew packed with fresh citrus zest”, and is further described as follows:

Named for the baseball-like sport played in parks in many Nordic countries, Brännboll is brewed with Denali, Mandarina Bavaria, and Centennial hops and fermented with Kveik, a Norwegian farmhouse domesticated wild yeast strain, that imparts citrus flavours and an off-dry mouthfeel. Brännboll is a tropical dive into summer, and a great lead-off into the upcoming long weekend.

Brännboll is available now on tap and in 355 ml cans the Left Field taproom, with cans also available via the brewery’s online store.