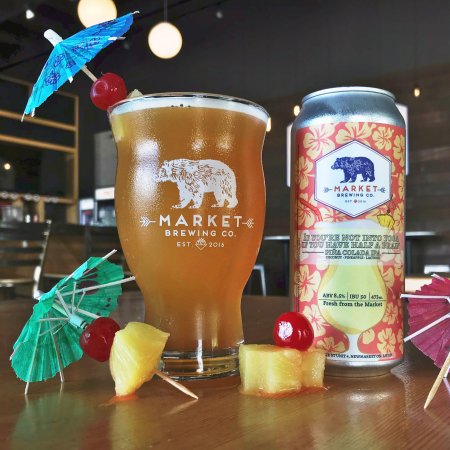 NEWMARKET, ON – Market Brewing has announced the release of new beer with a name inspired by a ’70s soft rock classic.

This hazy Double IPA was brewed with mounds of milk sugar to give it a thick, creamy mouthfeel. We added pineapple juice and toasted coconut for the ultimate tropical flavour.

The new beer is available now in 473 ml cans and on tap at Market Brewing.