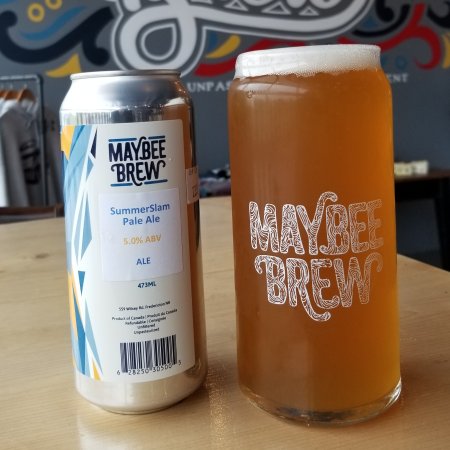 This easy-drinking, light-bodied American Pale Ale was brewed using a base of German malt and wheat, and a hint of Canadian malt. The beer was hopped using a blend of (primarily) American hops beside a splash of German aroma hops. A neutral American ale yeast strain rounds this beer out to allow the complexity to shine through.

Summer Slam is available now on tap and in cans at Maybee, and the launch party today (June 28th) will feature food by Gastrognomes food truck. Kegs will be distributed soon to select licensees in New Brunswick, and it will also be featured in the ANBL growler program.