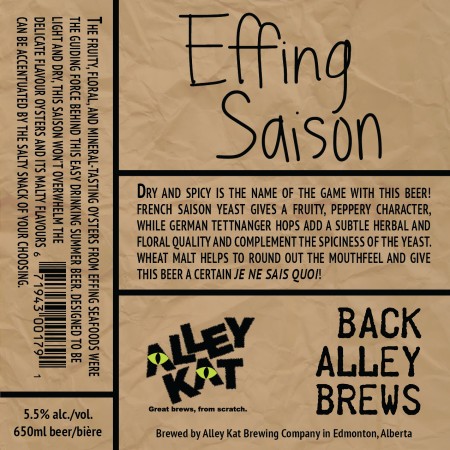 Effing Saison (5.5% abv) was originally brewed in a small batch for a beer and oyster tasting night with Effing Seafoods, and was so popular that the brewery brought it back for a wider release. It’s described as follows:

Effing Saison will be released on Thursday July 4th, and will be available in 650 ml bottles at Alley Kat and select retail stores in Alberta while supplies last.