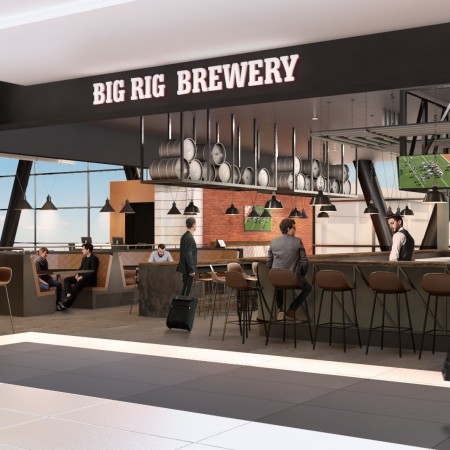 OTTAWA, ON – Big Rig Brewery has announced that it will soon be opening a new location at Ottawa Macdonald-Cartier International Airport (YOW).

Working in partnership with SSP Canada, YOW’s new Master Concessionaire for food and beverage, Big Rig will be opening a restaurant and bar later in the post-security area on level two. Other local dining options will include Bridgehead Coffee, La Bottega Nicastro, and Zak’s Diner.

“We are extremely honoured to have been selected by SSP Canada as one of four local businesses to open at YOW,” said Lon Ladell, co-owner and brewmaster at Big Rig, in a statement. “We can’t wait to be pouring a wide selection of our craft brewed beers and are excited to share our love of beer with those travelling through YOW.”

This will be the fourth Big Rig location to open in Ottawa, following the original brewpub in 2012, a production brewery and taproom in 2014, and a restaurant in 2015. Foodtastic, the Quebec-based restaurant franchise company that took majority ownership of the company last month, is also looking to expand the brand into the Toronto market.