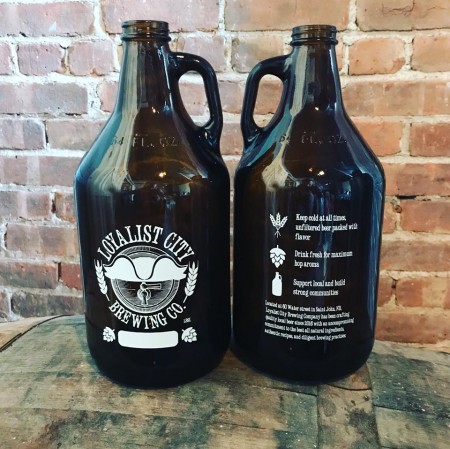 SAINT JOHN, NB – Two-and-a-half years after releasing its first kegs, Loyalist City Brewing has announced that it has opened a retail shop in its brewery in Saint John.

Soft launched last Friday before its official opening later this week, the shop currently offers cans and growler fills of several Loyalist City brands, as well as beers from Hampton Brewing that are being brewed there under contract.

While beer is not available for on-site consumption at the brewery, the Loyalist City taproom that launched late last year at the nearby BunkHaus Hostel is still open.

The Loyalist City brewery and retail store is located at 60 Water Street, and is open from 12:00 noon to 9:00 PM on Wednesday to Friday starting tomorrow (July 3rd).