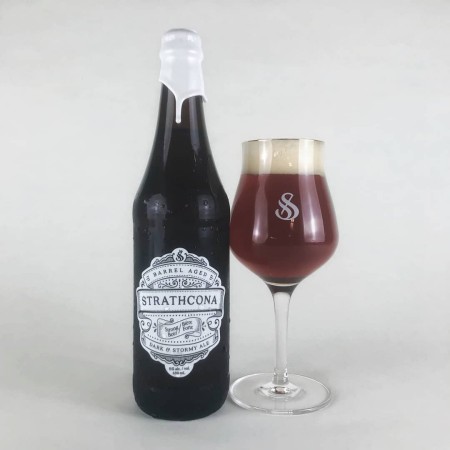 Aged in a Cognac Foeder for five months, this ale has a base of Crisp Floor Malted Maris Otter, with molasses and the addition of ginger, lime, rum and bitters. Don’t let the name scare you off! This beer is refreshing, perfectly carbonated and is great for a summer cheers.

Dark & Stormy Ale is available now in wax-dipped 650 ml bottles at Strathcona, and will be at select private beer stores soon.