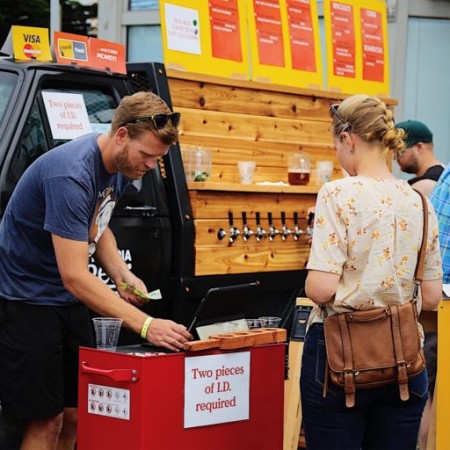 VICTORIA, BC – The Victoria Beer Society (VBS) in partnership with the City of Victoria and the Downtown Victoria Business Association has announced a Pop-Up Beer Garden series in Centennial Square on select Friday evenings in July and August.

Set to run from 5:00 to 9:00 PM each week, the family-friendly events will feature live music, food trucks, and the VBS Beer Truck with 18 taps pouring glasses and flights of a rotating selection of British Columbia craft beers.

For more details on this and other Beer Truck appearances, see the events page on the VBS website.