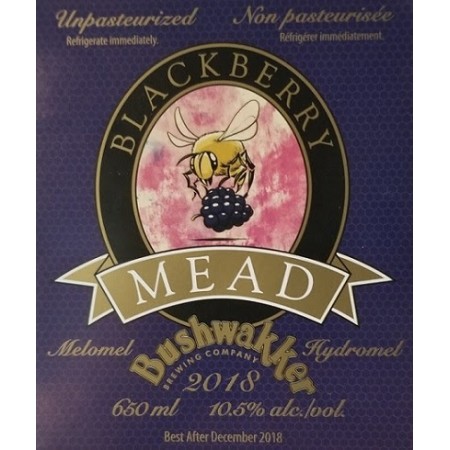 REGINA, SK – Bushwakker Brewing has announced that a limited amount of its most anticipated and sought-after winter seasonal will be released later this week especially for the summer tourists who often request it.

Bushwakker Blackberry Mead (10.5% abv) is released each year in early December, drawing crowds that line up overnight – often in sub-zero temperatures – in order to get a bottle or glass of the rare treat.

Approximately 100 bottles of the 2018 vintage were set aside, and will be going on sale on Friday July 5th at 5:30 PM in the Bushwakker retail store. For more details, see the Facebook event listing.