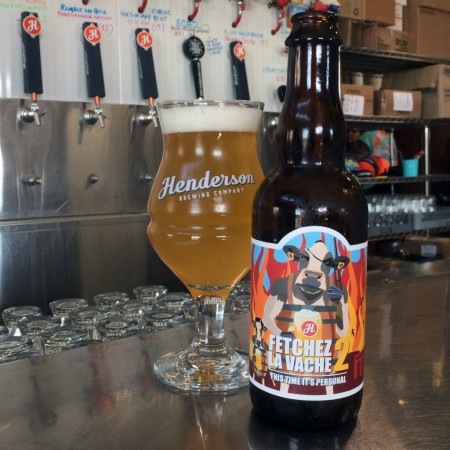 TORONTO, ON – Henderson Brewing has announced the release of a new beer with a name inspired by a classic Monty Python bit.

Fetchez La Vache 2 (8% abv) – the “2” referring to the fact that it’s a follow-up to a similarly named beer released last summer – is a barrel-aged and blended Saison described as follows:

Notes of bourbon up front followed by citrus, peppercorn, and honey. Finishes bone dry with a lingering bitterness and a hint of oak-y astringency. Complex, prickly on the tongue and refreshing.