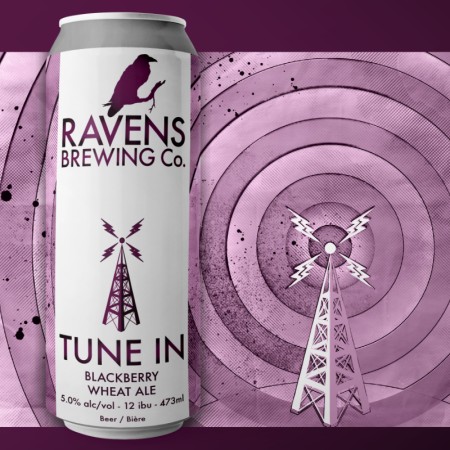 ABBOTSFORD, BC – Ravens Brewing has announced the second annual release of a summer collaboration with local radio stations 107.1 Country FM and 98.3 Star FM.

Tune In is German-style wheat ale with a west coast blackberry twist. The use of wheat and yeast bring a balanced fruit and clove flavour that pairs beautifully with over 500 pounds of whole blackberry.

This year’s edition of Tune In will be released on Friday July 5th, and will be available at Ravens and select liquor stores in the Fraser Valley. Partial proceeds will go to support Canuck Place Children’s Hospice.