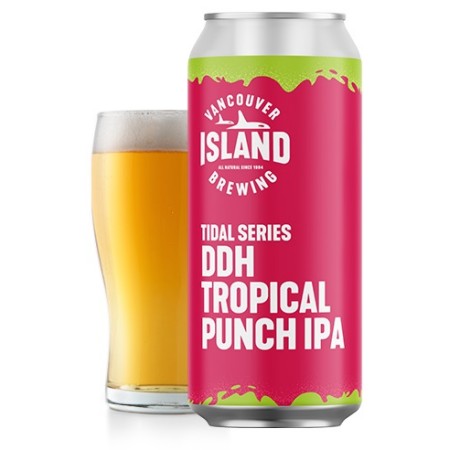 We’re shaking things up in this Double Dry Hopped IPA! Starting with tropical hops, backed with kiwi & passionfruit, smoothed with oats & sweet malt, this beer is one of our most intense Tidal Series brews to date. Make no mistake, this fruit bomb packs a tropical punch!

DDH Tropical Punch IPA is available now in 473 ml cans at Vancouver Island Brewing and select liquor stores in BC.