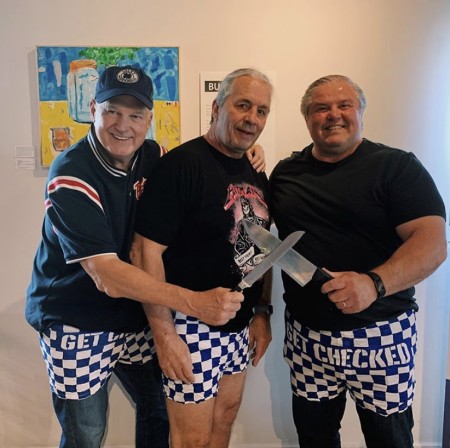 CALGARY, AB – Village Brewery has announced details of its 7th annual event to raise funds for the Calgary Prostate Cancer Centre, where beers with a special “ballsy” ingredient will be taking centre stage.

The beers were designed with the help of several celebrity Calgarians – former Calgary Stampeders fullback Tony Spoletini, legendary wrestler Bret Hart, and retired radio personality Gerry Forbes – who will also be in attendance.

The casks will be tapped at 6:00 PM, and each donation of $100 will receive a pint of one of the beers. Donations can be made online in advance, or in person at the event.