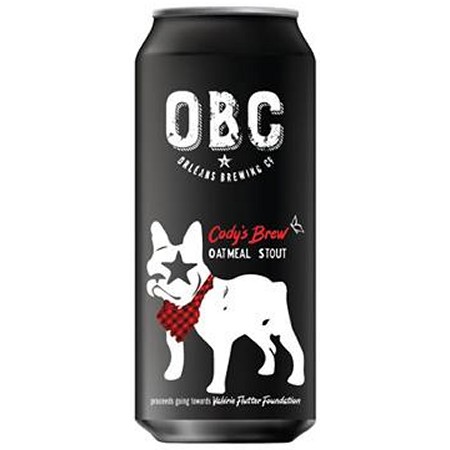 OTTAWA, ON – Orléans Brewing has announced details of a new beer brewed in collaboration with Orléans-born NHL defenseman Cody Ceci in support of a local cancer charity.

Cody’s Brew Oatmeal Stout will be released this Sunday July 7th, with a launch party at the brewery running from 12:00 noon to 4:00 PM. Advance tickets can be booked online for $30, which includes a BBQ meal of beef brisket, bison sausage, and sides, and one Cody’s Brew.

Cody will also be on hand at the launch to meet fans, and proceeds from the admission price, as well as $1 from each additional can of Cody’s Brew sold, will be donated to Valérie’s Flutter Foundation for bone cancer research.