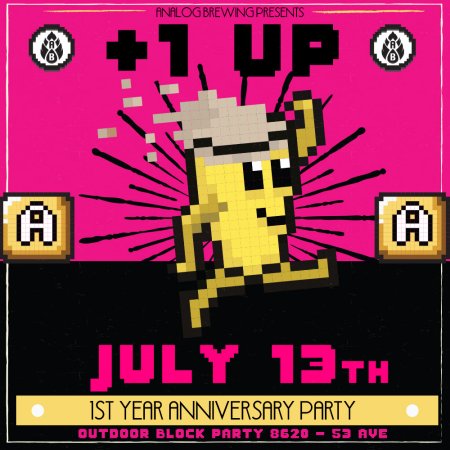 EDMONTON, AB – Analog Brewing has announced details of a block party this coming weekend to mark its 1st anniversary.

Taking place on Saturday July 13th from 2:00 PM to 12:00 midnight at the brewery (8620-53 Ave. NW, Edmonton), the festivities will include a beer yoga session, classic video game tourneys with prizes, live music and DJs, and more.

Food will be provided by ROKA Wood Fired Pizza and Destination Donuts, and Analog will be launching two new surprise beers, as well as pouring two special casks alongside the draught line-up.