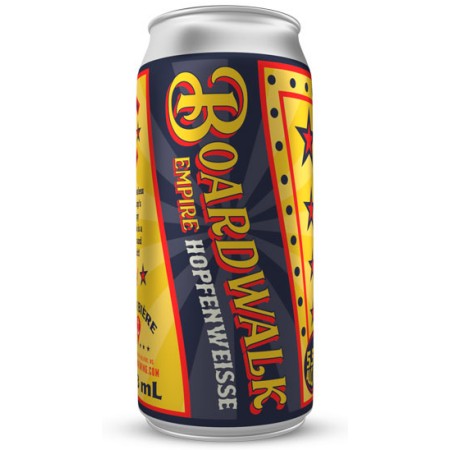 Boardwalk Empire Hopfenweisse (5.5% abv) is the latest in an occasional series of collaborations between the shop and local breweries, and is named after the fact that Garrison and Bishop’s Cellar have been located on the Halifax Harbourfront boardwalk for 20 and 16 years respectively.

Boardwalk Empire at it’s core is a Hefeweizen, a classic Bavarian wheat ale with it’s one of a kind yeast strain that is known to create notes of bananas, bubblegum, and clove. But after that we thought it would be neat to swap out the traditional German hops for newer generation German hops like hallertau blanc, huell melon, and mandarina bavaria to give more tropical fruit tones. Fermentation went well and this beer dried up nicely, and Daniel nailed the bitterness to create an incredibly refreshing and dry Weissebier with big carbonation.