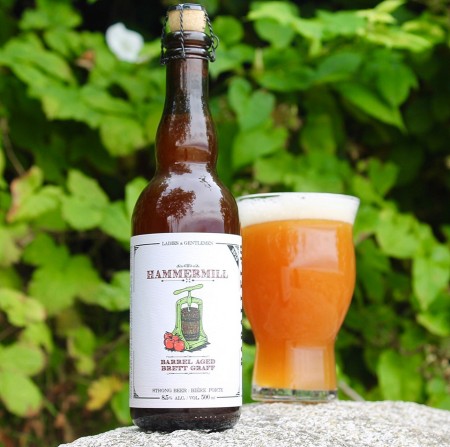 Hammermill (8.5% abv) is described as follows:

Say hello to our new beer-cider hybrid made of part lightly-hopped wort and part local apple juice from the Okanagan. This Barrel-Aged Brett Graff Beer was fermented with six different strains of Brettanomyces and aged in rye whiskey barrels for five months! Holding a malty backbone & refreshing dryness with a soft funk.

Hammermill is available now on tap and in 500 ml bottles at Parallel 49, and soon at select private liquor stores in British Columbia and Alberta.