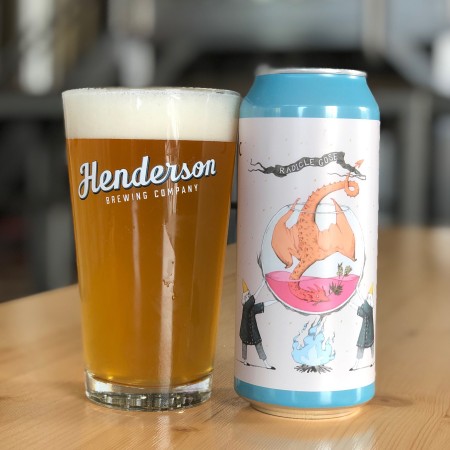 TORONTO, ON – Henderson Brewing has announced details of latest in its monthly Ides Series of limited edition beers, with this month’s release being its fourth annual collaboration with the Toronto Outdoor Art Fair (TOAF).

Radicle Gose (4.4% abv) was brewed with Indian coriander, Nova Scotia seaweed, and sea salt, and is described as a “light, refreshing, tart and salty summer beer.”

As is the tradition for the annual collab series, the label has been designed by last year’s winner of TOAF’s Best Student Award, Kima Lenaghan, who created an image that is intended to equate the brewery to ”old alchemy, depicting the brewer’s pursuit of an alchemical magnum opus: the indescribable, magic flavour or fresh beer known as the bloom.”

Radicle Gose will be released on Friday July 12th at Henderson, with a launch party at 6:00 PM featuring samples of the beer and free pizza designed to pair with it from Mark’s Pizzas. It will also be pouring in the Henderson beer garden at TOAF 2019, taking place in Nathan Philips Square on July 12th to 14th.