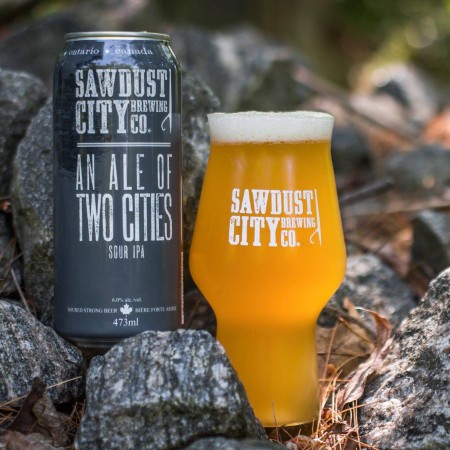 GRAVENHURST, ON – Sawdust City Brewing has announced the 4th annual return of a beer originally brewed in collaboration with Stone City Ales as the 28th of its 52 weekly beer releases for 2019.

Brewed with over 20% Oats and utilizing El Dorado Hop Hash in the brew and in the dry-hop, this beer is deeply hazy and packed with tart orange, passionfruit and pineapple notes. The soft full body makes this an easy choice to pair with lovely long summer days. Hazy, juicy and face crushingly tart, it makes for the best of times.

An Ale of Two Cities will be released tomorrow (July 11th) and will be available at the Sawdust City retail shop and online store, as well as select beer bars in Ontario, while supplies last.