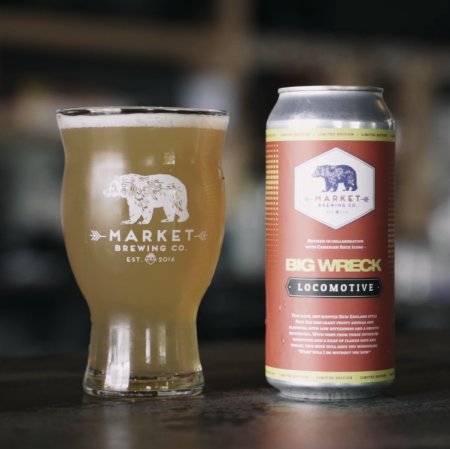 NEWMARKET, ON – Market Brewing has announced the release of a new beer created in collaboration with rock band Big Wreck.

Locomotive (5.5% abv, 30 IBU) is a New England style Pale Ale named after a recent Big Wreck single, and is described as follows:

All aboard the Locomotive! This hazy, dry-hopped pale ale has fruity, earthy, and white wine characteristics, with gentle bitterness and a smooth mouthfeel. With hops from three different countries and a sharp carbonation, this beer will have you wondering “What will I do without you now?”

Locomotive is available now in 473 ml cans and on tap at Market Brewing.