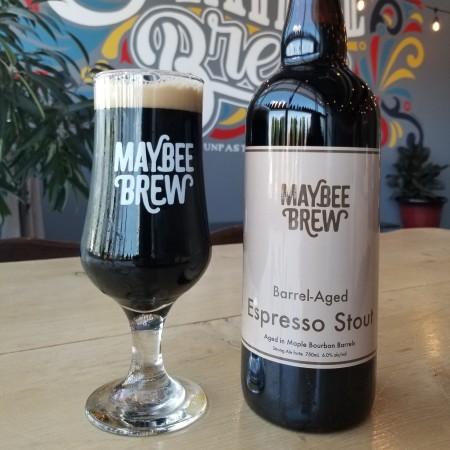 FREDERICTON, NB – Maybee Brew Co. has announced the release of the second beer from its barrel aging program.

Maple Bourbon Elevensies is our base Espresso Stout, that has then been aged in Kentucky Bourbon barrels which after being emptied are then aged with Vermont Maple Syrup. The beer underwent a brief secondary fermentation once in the barrel, and then was aged for seven months prior to packaging. This beer was forced carbonated, but has a low level of carb in order to emphasize all of the delicious barrel flavour.

Maple Bourbon Barrel Aged Elevensies is available now in the Maybee taproom on nitro tap and in 750 cork-and-cage bottles. It will also be available on standard taps at select licensees in New Brunswick in coming weeks.