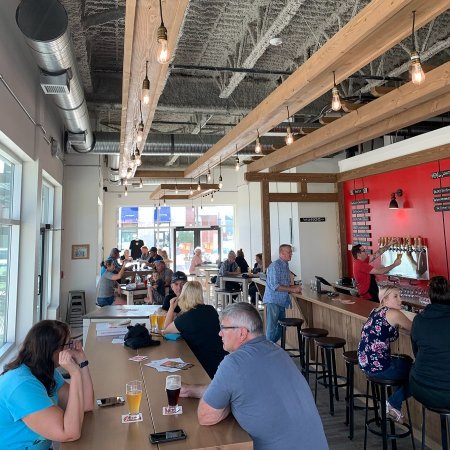 AIRDRIE, AB – A new brewery and taproom with a short and simple motto – “Fine Ales Make Friends” – is now open in Airdrie, Alberta.

Balzac Craft Brewing has been founded by a group of partners who previously worked in the oil and gas industries, with Olds College brewing program graduate Thecla Wiart hired as brewmaster. While today (July 12th) is its official opening day, it has been running in soft launch mode for the last week or so.

Balzac Craft Brewing is located at #306-401 Coopers Blvd. in Airdrie. For more details including business hours, see the brewery’s website and Facebook page.