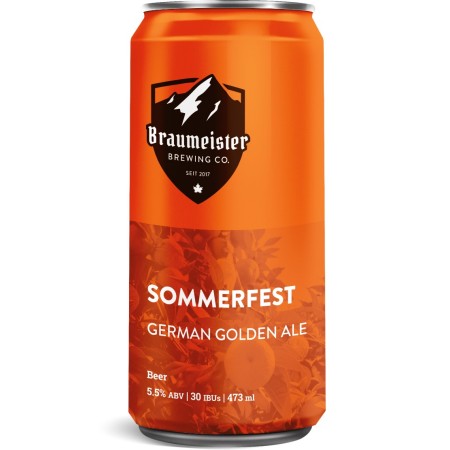 CARLETON PLACE, ON – Braumeister Brewing has announced the release of a new summer seasonal, as well as the return of one of its original beers due to popular demand.

Sommerfest (5.5% abv, 30 IBU) is a new German-style golden ale that was “brewed and dry-hopped with Mandarina Bavaria hops, a dash of honey malt, and an ale yeast from Munich, giving this beer a unique sweetness with hints of mandarin and citrus.”

Rheinwasser (4.8% abv, 22 IBU) is a Kölsch-style ale that was available for a limited time when the brewery opened last summer, and is described as “a delicate, straw-coloured beer [with] a mild, cereal-grain malt flavour with subdued hoppiness [and] a moderately dry finish.”

Both beers are available now on tap and in cans at the Braumeister taproom and shop.