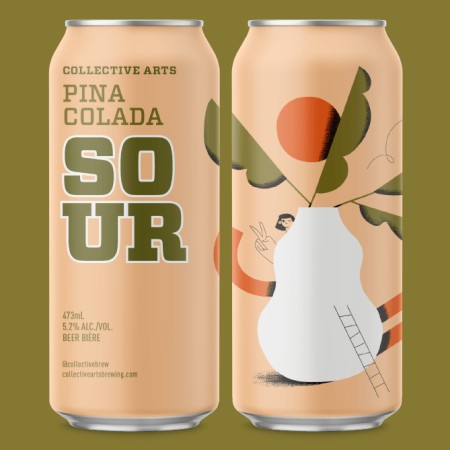 HAMILTON, ON – Collective Arts Brewing has announced the release of a new seasonal beer.

Get ready for sunny days and patio beers with our Pina Colada Sour! We made this sour ale with huge amount of toasted coconut added in the Whirlpool and pineapple during fermentation. Lactose was also used during brewing to add to the creamy sweetness to complete this summer delight.

Pina Colada Sour will be released tomorrow (July 13th) at Collective Arts, and will be available later this summer at LCBO and grocery store locations in Ontario, as well as select retailers in other markets where Collective Arts beers are sold.