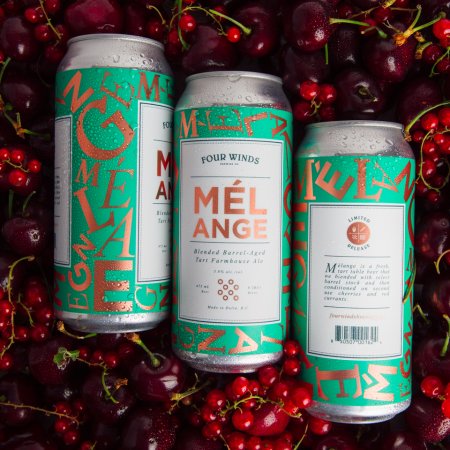 DELTA, BC – Four Winds Brewing has announced the release of its first ever can-conditioned ale.

Mélange (5.8% abv, 8 IBU) is a tart farmhouse ale described as “a blend of a table saison and select oak barrel stock which was then conditioned on red currants and second use cherries imparting notes of ripe red fruit.”

Out for the past few months as a draught-only release, Mélange is now available is 473 ml cans at Four Winds, and soon at select private liquor stores.