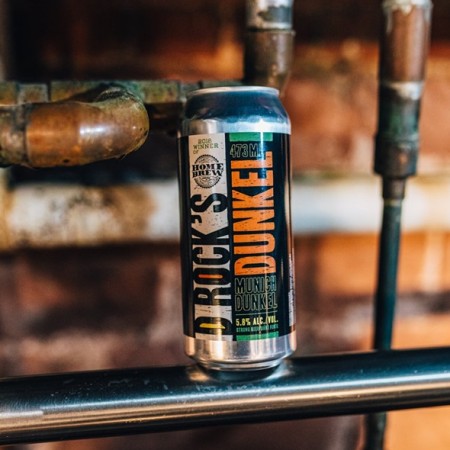 CHARLOTTETOWN, PE – Gahan House has announced the release of the winning beer of the 1st annual Maritime Home Brew Challenge.

D Rock’s Dunkel (5.7% abv, 24 IBU) is a traditional Munich Dunkel created by homebrewer Derek Woods, and described as having “a smooth lager character with a balanced bitterness and rich maltiness with dark toasted bread flavours.”

As the winner of last year’s competition, Woods was awarded $1000 and a brew day at Gahan House in Charlottetown to produce a commercial batch of his beer, which is available now in cans most Gahan House locations throughout the Maritimes, as well as at PEI Brewing in Charlottetown.

Details have also been announced for this year’s edition of the Challenge, which welcomes submissions of beers in three styles – IPA (any style), Mixed Fermented/Sour, and Stout – which must be submitted by October 27th, with winners announced on November 9th. For more details, see the Maritime Home Brew Challenge website.