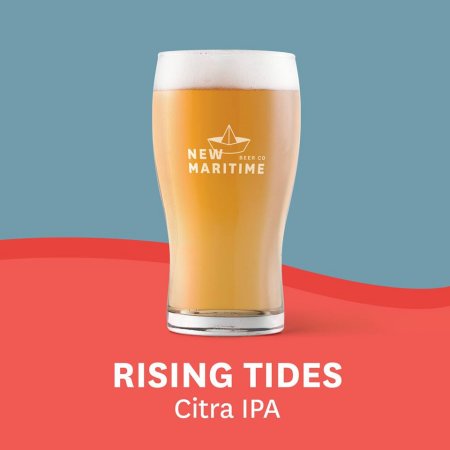 MIRAMICHI, NB – New Maritime Beer Co. – a brewery currently under construction in Miramichi – has announced details of its first beer which will be released soon thanks to the help of another New Brunswick brewery.

Rising Tides Citra IPA has been brewed under contract at Four Rivers Brewing in Bathurst, and is described as follows:

A rising tide floats all boats, and a Rising Tides Citra IPA pleases all palates. Bright and fresh like a coastal sunrise, Rising Tides Citra IPA is a single hop American-style IPA that uses only Citra Hops for a bold and smooth citrus flavour, bursting with bright and juicy tropical tones with a hint of bitterness at the finish.

Rising Tides will be on tap later this week at select locations in Miramichi and area later this week. For more details, see the New Maritime Beer Co. Facebook page.