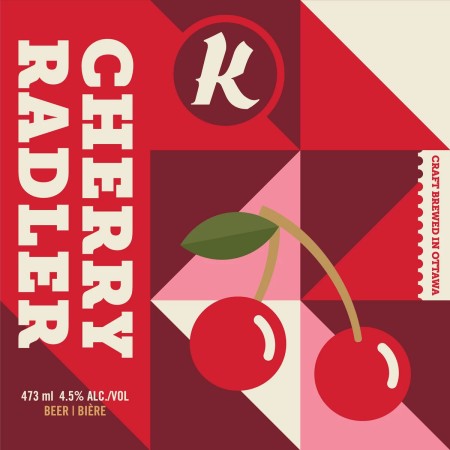 OTTAWA, ON – Kichesippi Beer has announced that a popular summer seasonal from the past two years is returning this week, but under a different name.

Cherry Radler (4.5% abv) was previously known as Sour Cherry Wheat Ale because it’s made with sour cherry juice, but the name had many people expecting the beer itself to be a sour ale. The new name is intended to more accurately describe the style.

Cherry Radler will be released on Friday July 19th in 473 ml cans at the brewery.