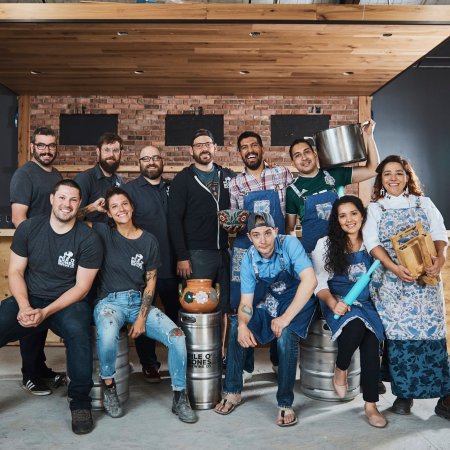 REGINA, SK – Pile O’ Bones Brewing has announced that it has almost completed construction on a new brewery and taproom in Regina’s Cathedral neighbourhood near Mosaic Stadium.

Launched in early 2017 in the basement of O’Hanlon’s Pub by award-winning homebrewers Glenn Valgardson, David Freeman, Brent Babyak and Josh Morrison, Pile O’ Bones takes its name from the original name of the settlement that became known as Regina.

The new space is roughly five times in the size of the brewery’s current location, and will feature a larger brewhouse and a taproom with 32 draught lines pouring beer from Pile O’ Bones and other Saskatchewan breweries, plus a spirits list sourced exclusively from distilleries in the province.

Food at the new location will be overseen by chef Mariana Brito, owner of Malinche food truck, who will offer “delicious, surprising, sustainable and healthy dishes shaped thanks to millennial Mexican recipes and the freshest ingredients from the Canadian prairie.”

The new Pile O’ Bones brewery and taproom will be opening in August. For more details, see the brewery’s Facebook and Instagram pages.